I love Gundam models.  I am especially a little bit obsessed about Master Grade models.  I don’t have all of them, but I have a lot of them. To me, they are the right size to model and have a relatively good amount of detail and articulation.  I started watching Gundam when I was growing up.  Back in the early 80’s, when the original Mobile Suit Gundam was aired, I watched every single episode.  I used to get Gundam magazines, books, models and toys whenever I can save the money.  It was an addiction, and until today, it has a lot of influence on me. 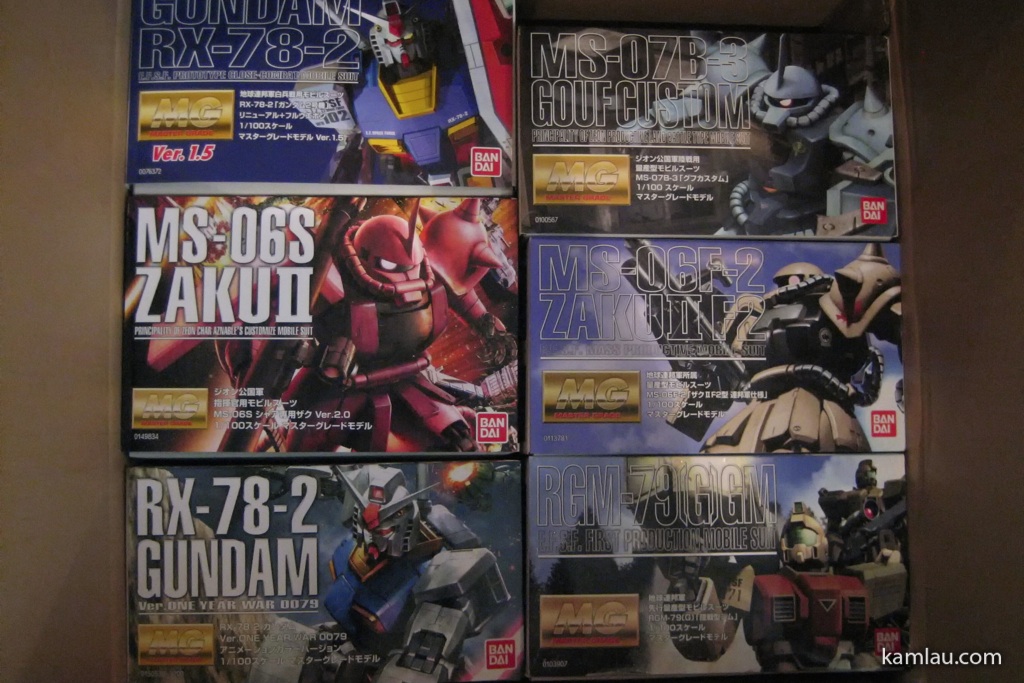 I still love the design of the original Gundam.  It was a good feeling to visit Odaiba earlier this year when the real size Gundam was displayed.

And part two if the video. 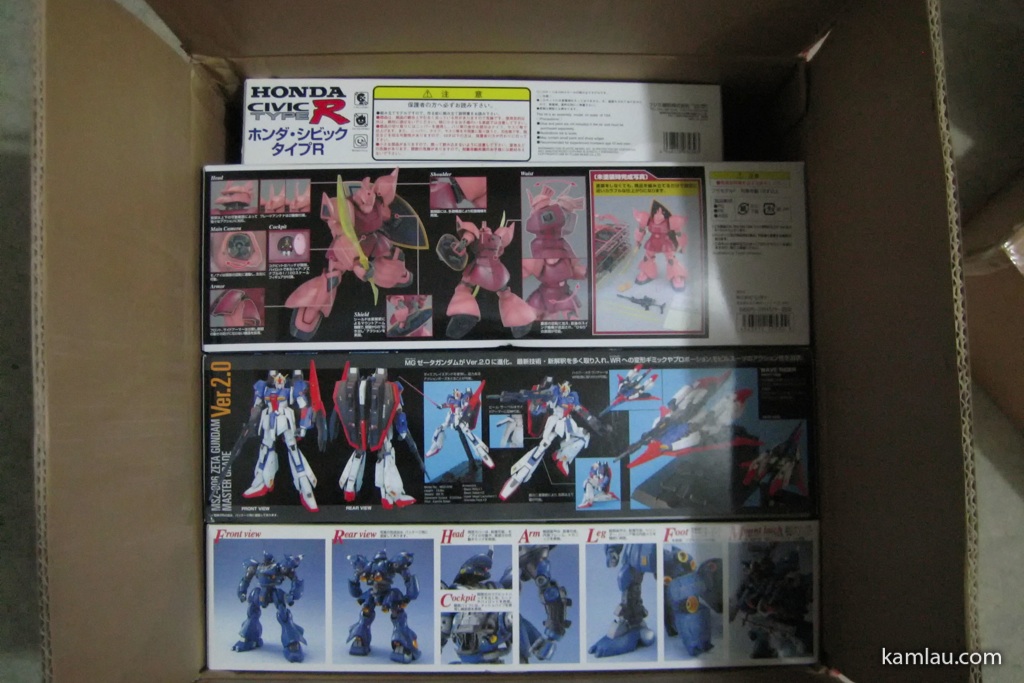 Apart from the original Mobile Suit Gundam, I am also a big fan of Zeta Gundam series and the mobile suits featured in that animation and movie series.  It wasn’t until about 10 years ago when I first watched the anime (about 15 years after it was originally released).  It is still one of my favourites. 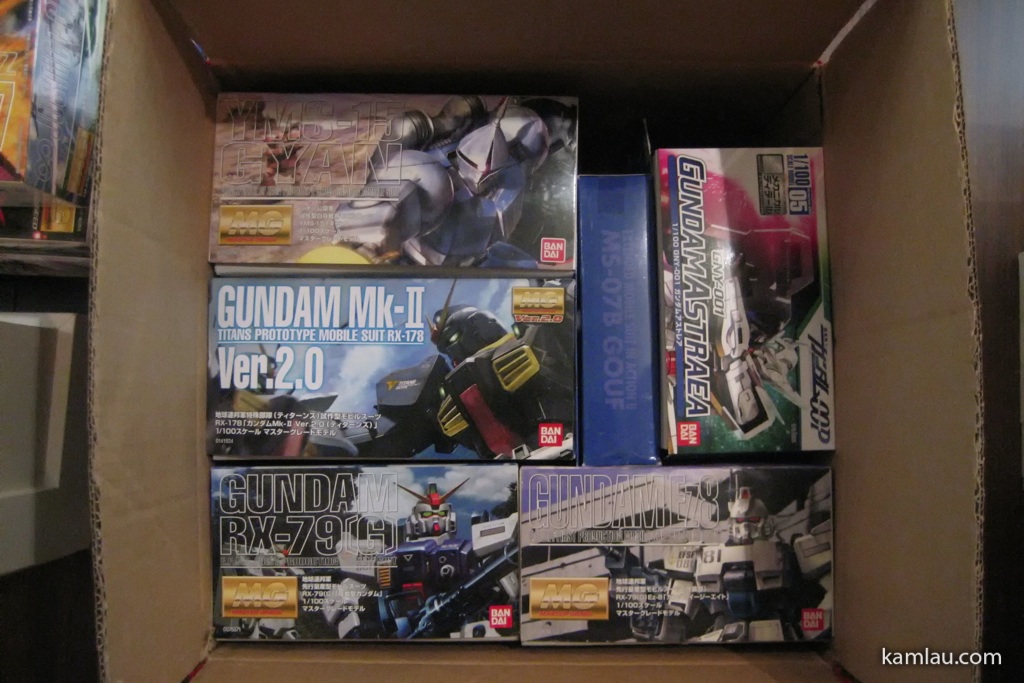 Also The 08th MS Team OVA is also on my favourite list of Gundam animation.  Considering when it was created (1996) and the technology available during that time, it was a very well made OVA. 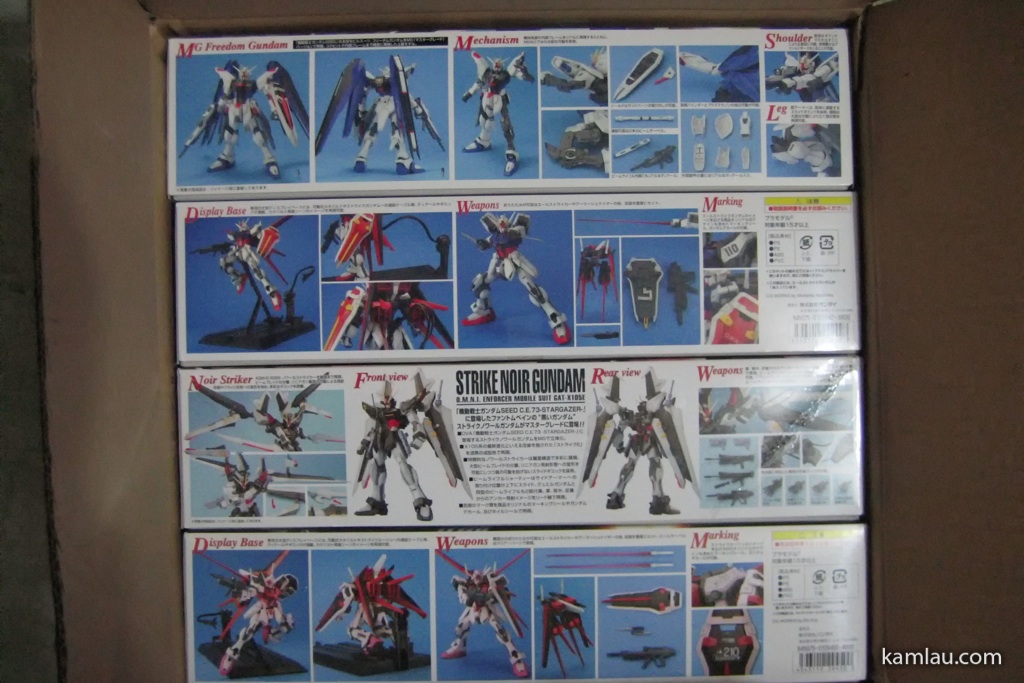 I am also a fan of the Gundam Seed and Gundam Seed Destiny series.  These are relatively recent animes (2004 to 2006).  Initially I didn’t like the design that much.  But I think the Master Grade models really bring out the essence of the design, or maybe even perfected the original design. 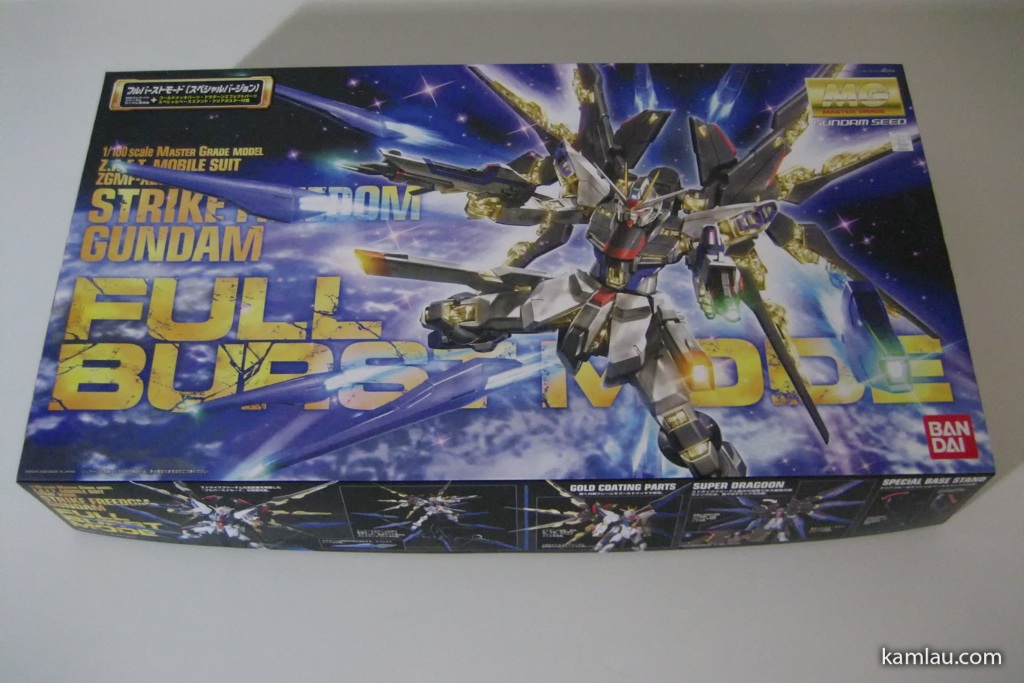 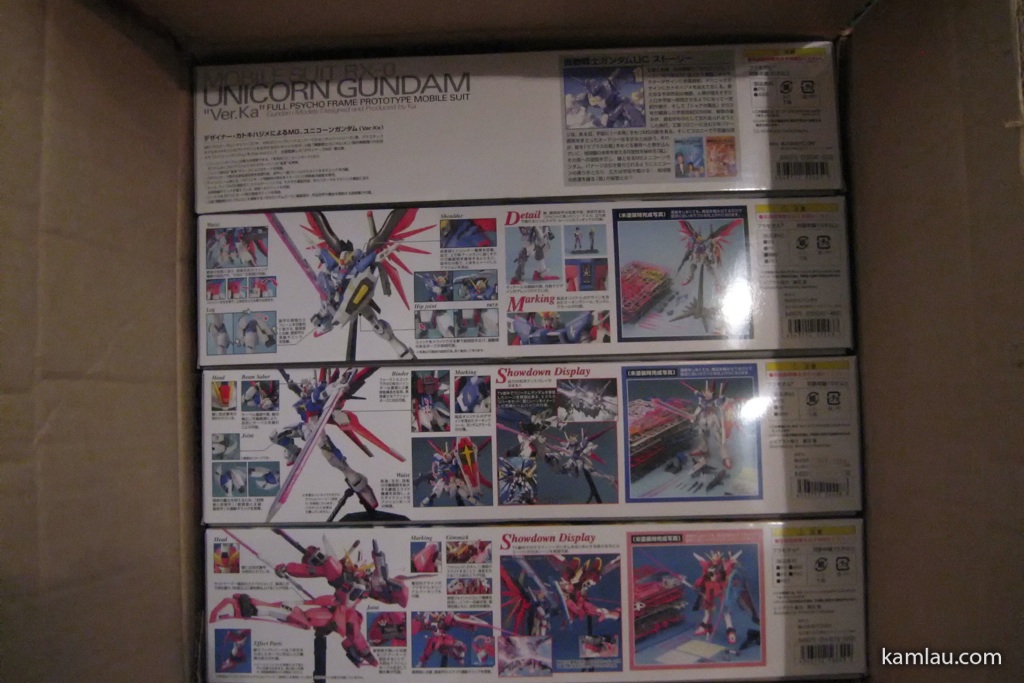 Apart from the Gundam Seed and Gundam Seed Destiny series, I am starting to get into the Mobile Suit Gundam Unicorn design.  Can’t wait to watch the OVA later this year. 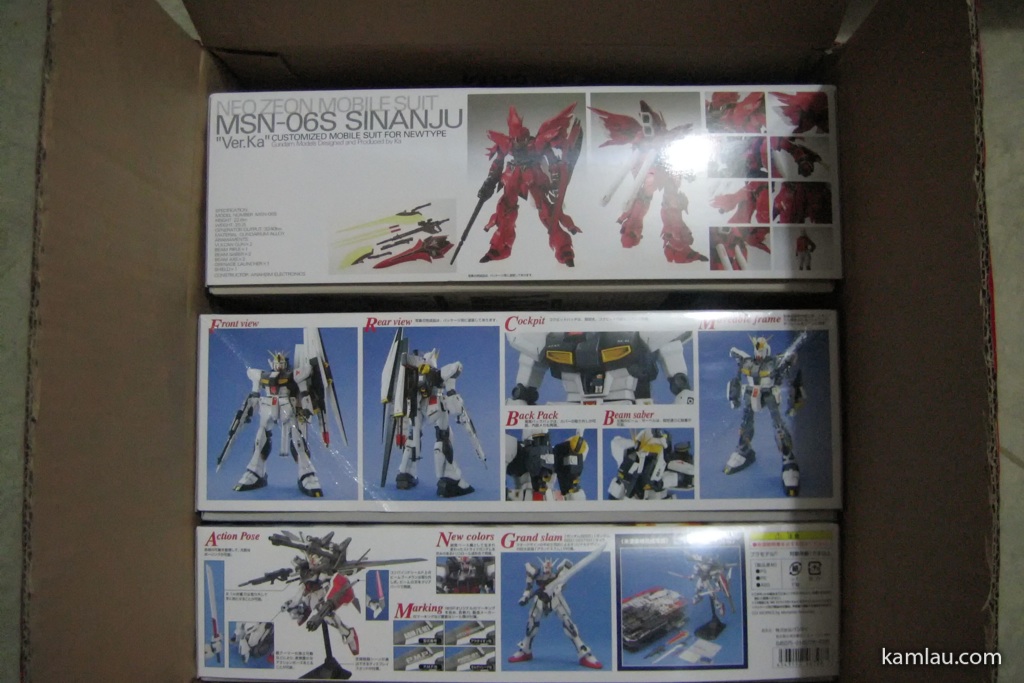 I bought a lot of these models from stores in Vancouver.  However, every time I went to Tokyo, I would also bring back a few Gundam models.  Speaking of which, Gundam models are sold for a lot less in Japan than here in North America.  Often you will find discount prices in local stores there like Yodobashi Camera in Akiba.  We are literally paying double easily here. :( 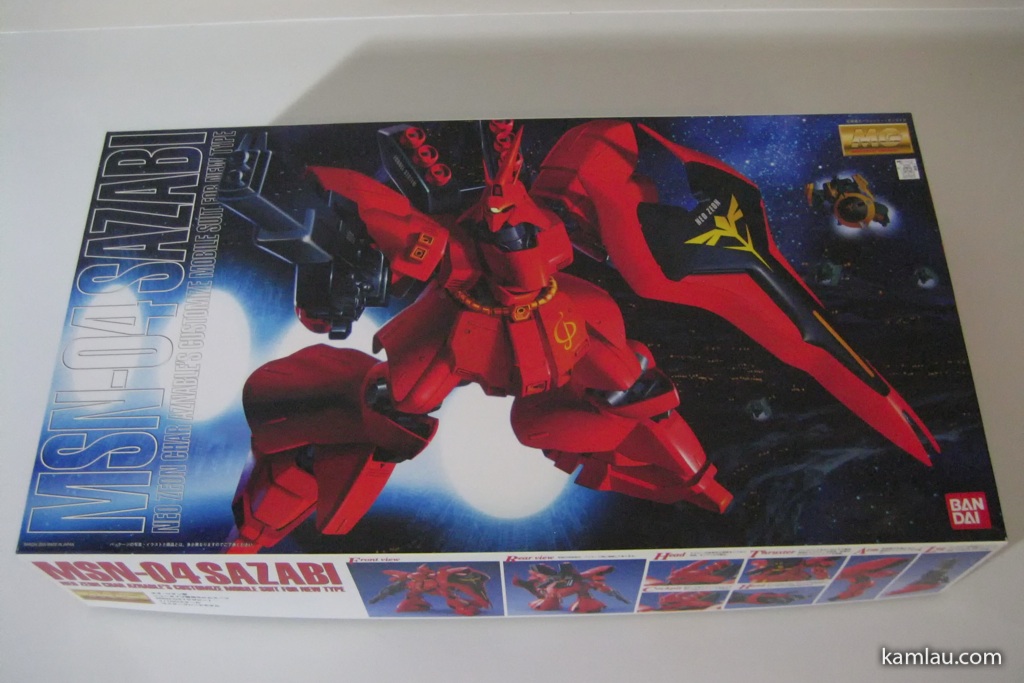 Do you like the mono-eye mobile suits like Sazabi?  Or are you a Gundam fan?  I think Mobile Suit Gundam pioneered the design of these mono-eye mechas. 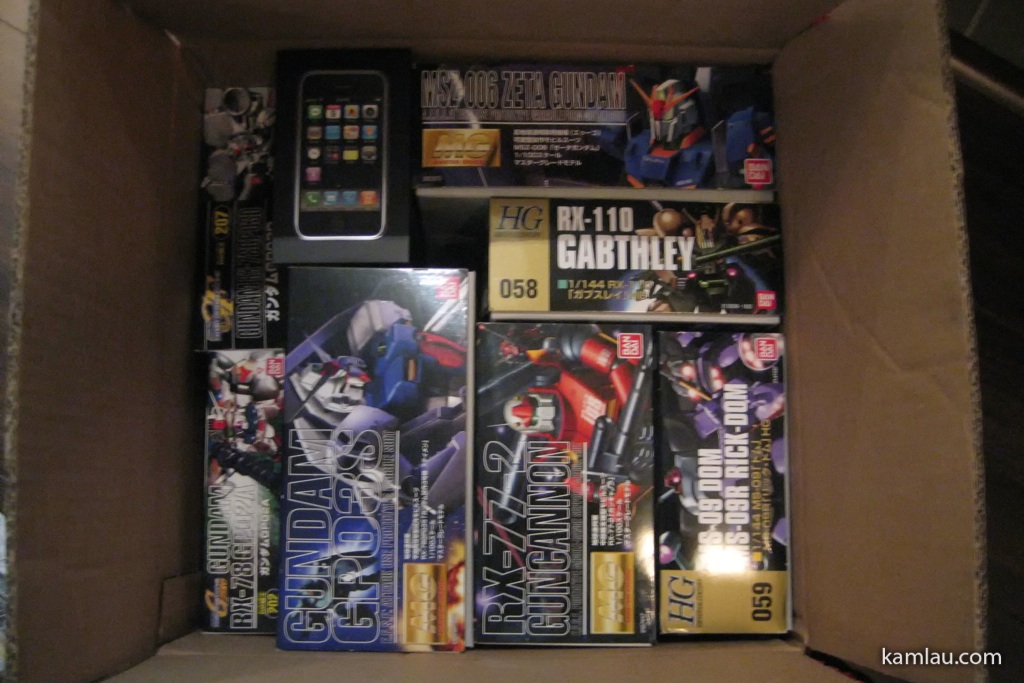 I also have some High Grade models as well.  I collect them usually because the same model does not exist in Master Grade format, or the High Grade model has very good value (price to enjoyment). 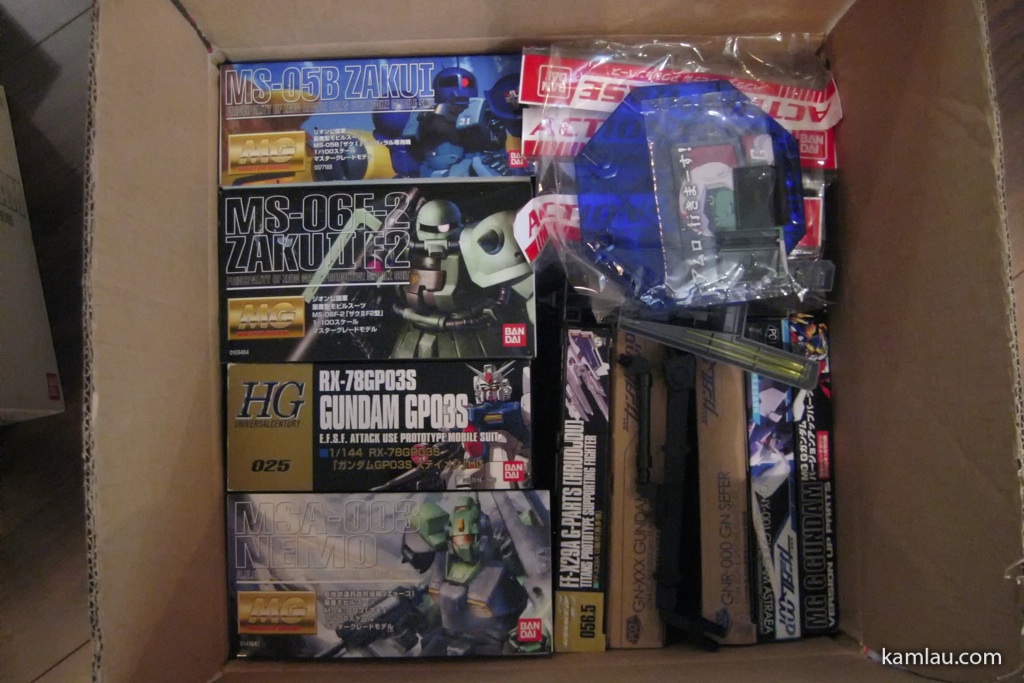 Sometimes Hobby magazines bundle spare parts for modifying the models.  Most of the parts are for High Grade models though. 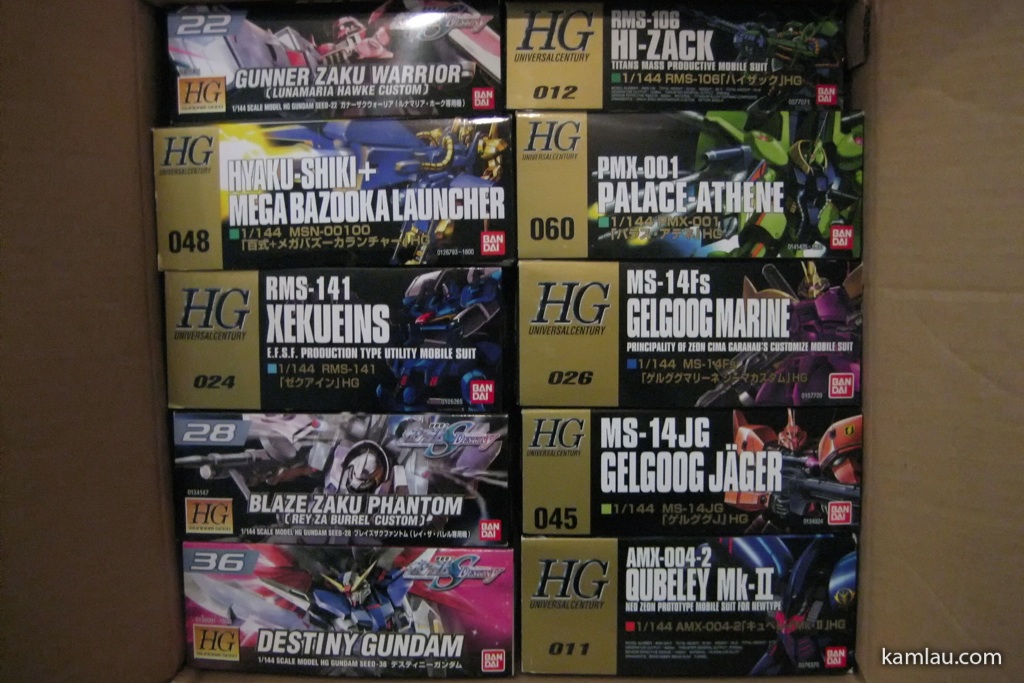 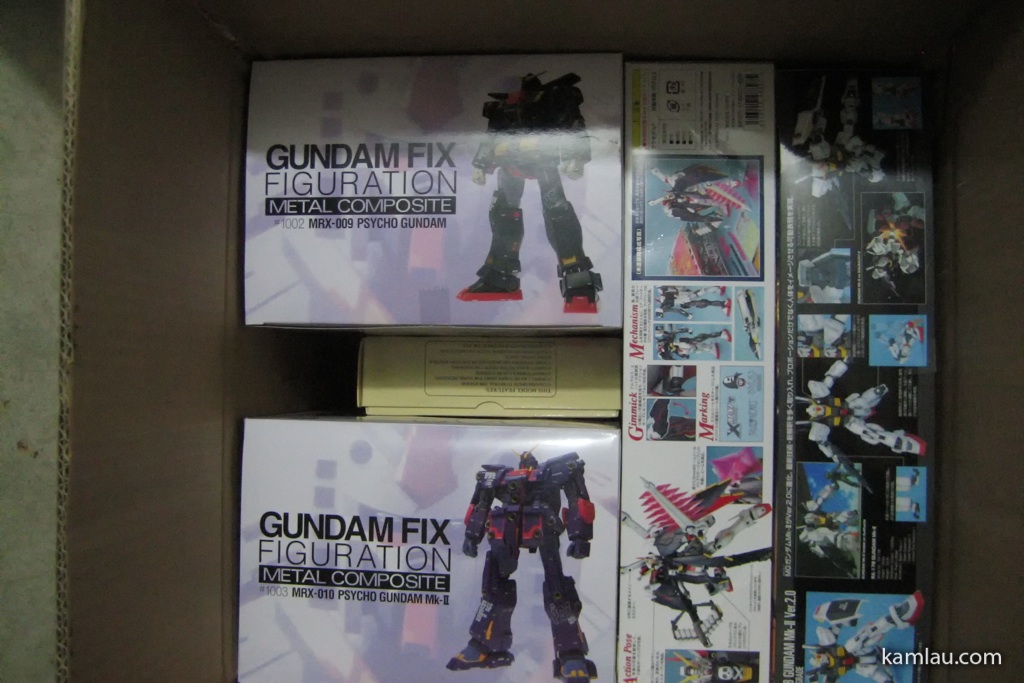 Since I don’t have a lot of time to make Gundam models anymore, I started to look at Gundam toys.  I have not been able to justify buying the regular Gundam Fix Figuration because of the lack of details.  Then Bandai released the Metal Composite series… 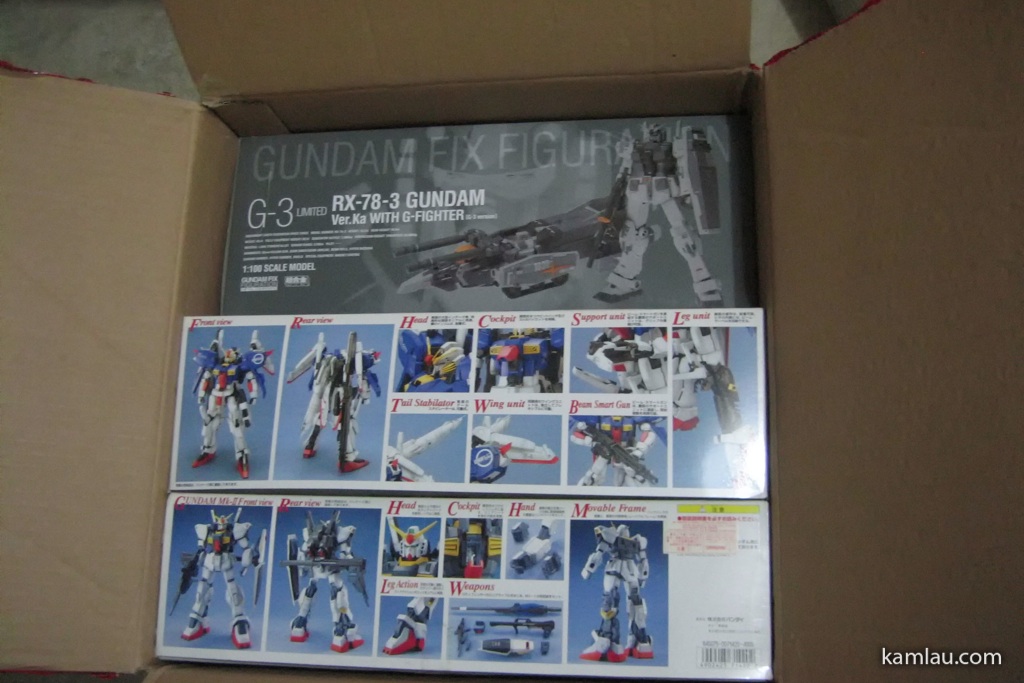 So far I collected 3 GFF Metal Composite.  With the amount of details, I can totally justify spending on them.  Also, they are a lot bigger than the regular GFF and feels a lot heavier.  The mass feels good! 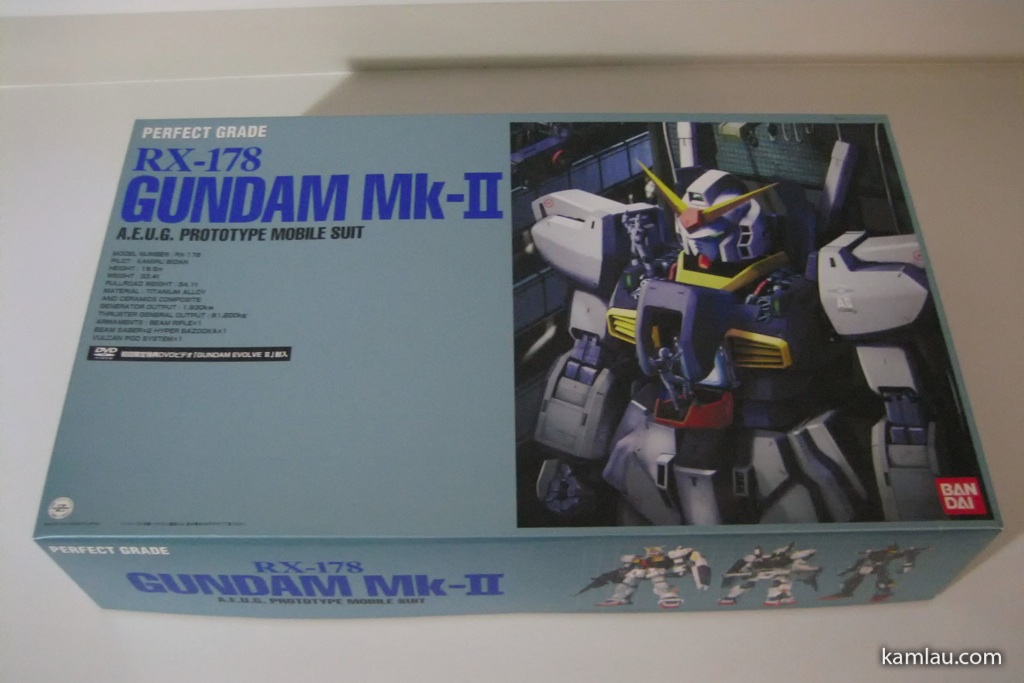 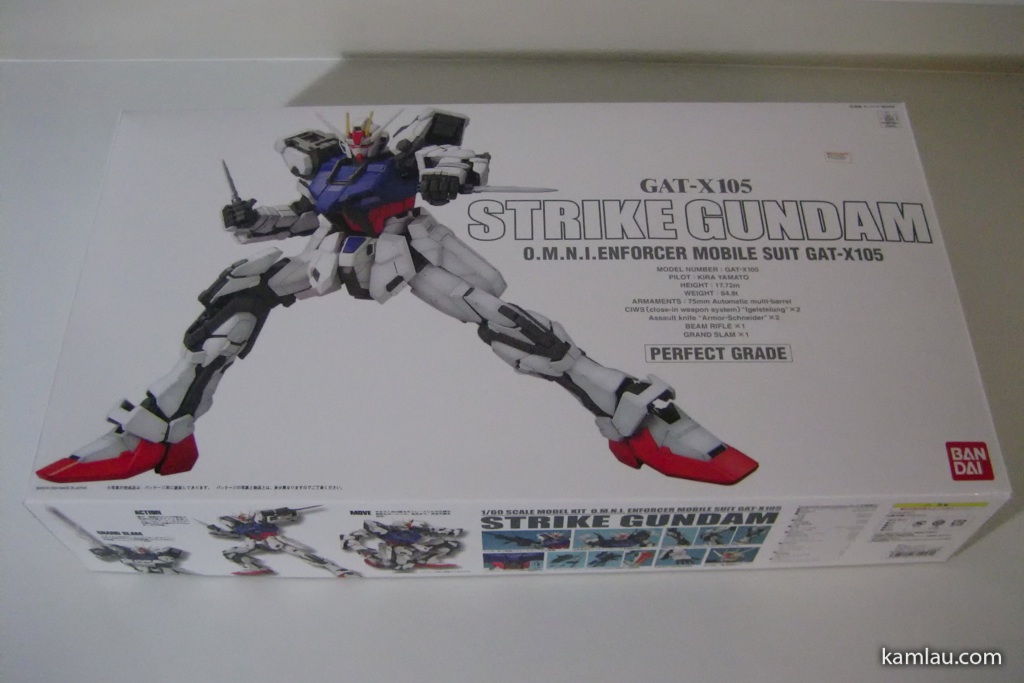 I am pretty cost conscious when it comes to Perfect Grade because they are typically 3 to 4 times more expensive than the Master Grade models.  Also I can imagine they will take a considerable amount of extra time to complete one of these. 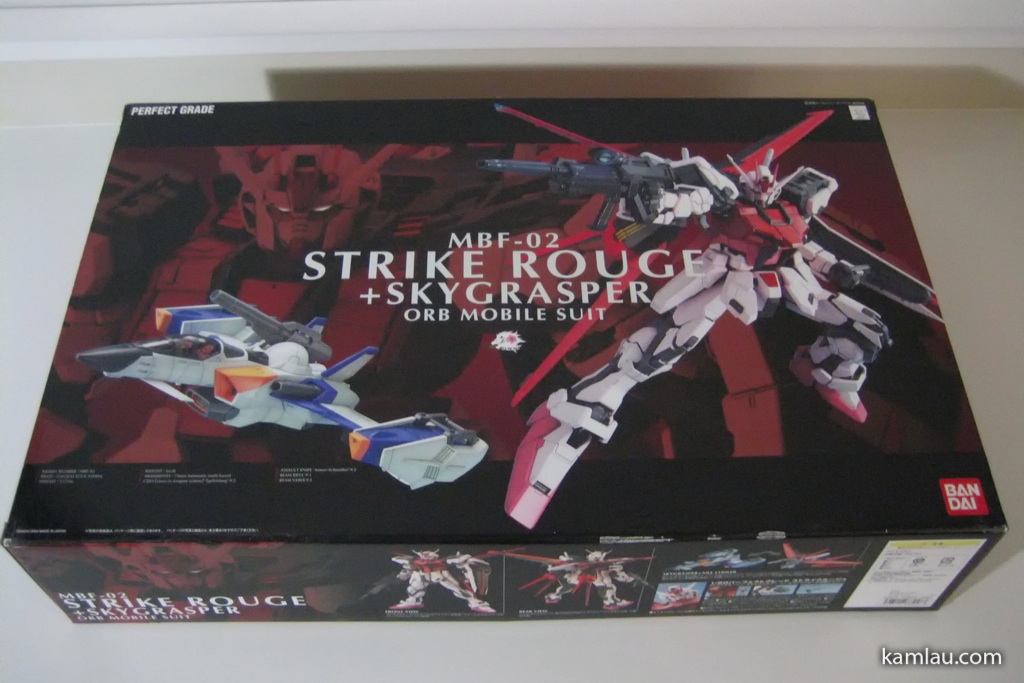 So I only have a few of them.  I have not tried the method Danny Choo wrote about.  I think given I have so many models available, I can be brave and try what Danny recommended!

Do you make Gundam models?  I would love to hear about your tips and tricks. 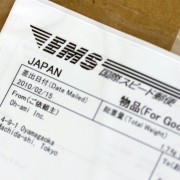 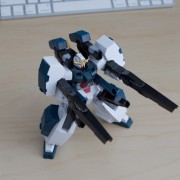 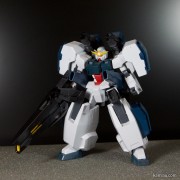 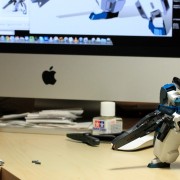 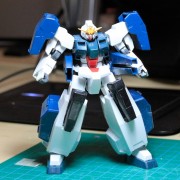 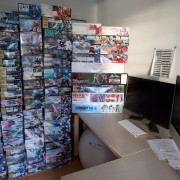 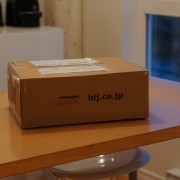