After having setup a RAID 10 array with Ubuntu 10.04, almost 2 years has gone by. It is amazing how solid the software RAID in Ubuntu was implemented. I have had no problem with Ubuntu and the same installation from September 2010 works very well in the Acer h340 Home Server hardware. The only thing that failed was one of the drives in the Sans Digital TowerRAID external enclosure. The 1TB Seagate Barracuda 7200.11 drive failed at the age of 4 years. Luckily the drive was covered by a 5-year warranty.

After some testing of the defective drive using SeaTool in Windows, a drive defective report was generated and an RMA was accepted by Seagate. A week later, my replacement drive arrived. Unlike Western Digital, Seagate sent me a “Certified Repaired HDD”, not a new drive. I did have a “Certified Repaired HDD” failed only after 1 month of usage. But your mileage might vary…. Also to get an advanced replacement drive from Seagate, I had to pay US$9.99 to have the “Certified Repaired HDD” shipped to me before I send the defective drive back. As for the warranty service from Western Digital, they would ship me a brand new drive to replace a reported defective drive without charging me anything. This definitely will affect my purchase choices from these two manufacturers since the pricing of their new drives are very similar these days.

I replaced the dead drive with the replacement, reattached the array to Ubuntu and rebooted.

From Disk Utility, I partitioned the drive using GUID partition table, then formatted it using an ext4 file system.

Upon firing up the terminal app, I raised my privilege to super user using the “su” command. Once I have root level access, I ran the following command:

This gave me the following output:

It shows that my RAID array “md1” has only 3 drives attached and it is inactive.

To be on the safe side, I stopped the RAID array:

To start the array, I used this command:

Finally, I added the replacement drive back to the RAID array:

By adding a drive back to the array, the array will automatically recover by replicating the data from the mirrored drive to the newly formatted drive. You can see the progress of the recovery by:

The terminal window will refresh once every second to display the rebuilding process:

My RAID array took 4 hours to recover (replicate data to the new drive). 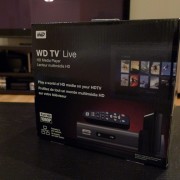 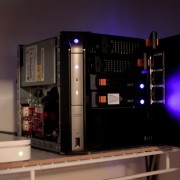 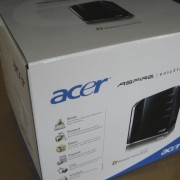 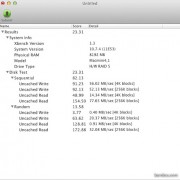